A number of Git GUI clients for a variety of operating systems, including Android, iOS, Mac, Linux, and Windows are available today. These would help in integrating a variety of features that would help you to work with ease along with your team on any project.

Top GIT GUI Clients for Windows and MAC for 2017: Sometimes it happens with a coder for non-coder that they have to keep the track of file changes. When this situation takes place you have to move your files no matter it is a configuration file, code, text file or any other. Here GIT GUI provides you a control to perform the supervision with great speed. Let’s take a look at top 10 and the best GIT GUI clients 2017.

The top ten GIT GUI clients for Windows and MAC are:

If you know anything or have information about Tortoise SVN then you will get to know that TortoiseGIT is kind of similar tool to TortoiseSVN.

SmartGIT is considered as a super easy GIT client. Although it has very simple and easy interface but that doesn’t mean it is not a smart tool.

EGIT for Eclipse is kind of tool as an integrated development environment. It performs for the management of codes present in the file system of GIT.

GIT Extensions is kind of shell extensionof Windows for GIT. It is very similar to Tortoise GIT. It has a feature of plugin for Microsoft Visual Studio 2005, 2008 and 2010.

GITHUB is kind of professional and faster development process for the coders. It is flexible and has an ability to collaborate with rest of the work process. It is also available as a web-based GIT. You just need to sign up and start using it.

GITX-dev. basically designed for MAC and it is available as completely free. You can get it from MAC App Store. It has various features by which a user can perform better than using other GIT GUI client.

SourceTree is also free GIT GUI client. The advantage of this client is, it can be used onMAC and Windows both operating system. You can download this from the source tree App store.

SmartGIT basically used for non-commercial projects. It provides a great graphical user interface. SmartGIT especially designed for MAC and Windows, but you can use it on Linux also. It’s completely free client to use.

GITUp is the last program of this list. It works as safety process. The interface of GIT is very simple and easy to use. Review by highlighting the message, it provides a Redo/undo option and facilitate the user by providing a snapshot function. It is a fully featured client, which anyone can use in very easy steps. 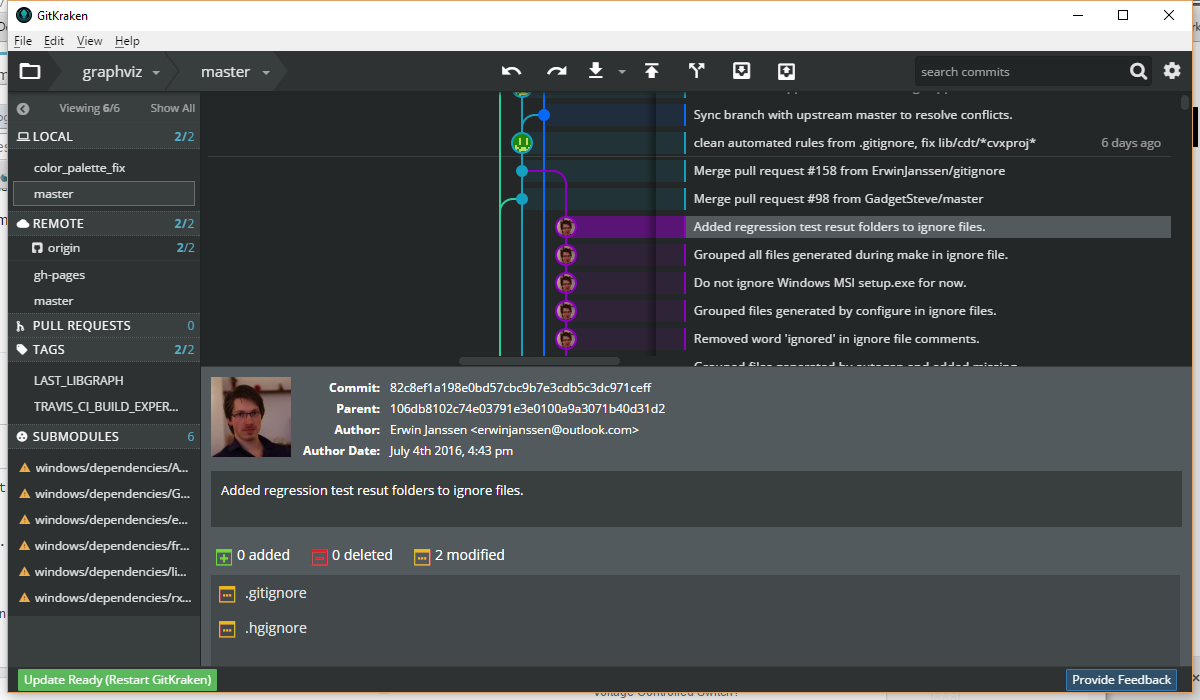 Considering the all above clients which are mentioned in the list are classified by their qualities and features. All clients have their special functions. First five GIT and GUI clients are specially made for Windows and last five are designed for Windows and MAC both. Few of them can be installed on Windows, MAC and even Linux.