You can try these products on most of the recent Mac OS X versions such as Yosemite, Mountain Lion and Lion OS X. You can check similar post about MS Publisher alternatives for Mac here.

Best Alternatives to Visio for Mac

A drawback of OmniGraffle Pro is that it is not as precise as Microsoft Visio and lacks the fine tuning of shapes and objects that Visio offers. OmniGraffle Pro also lacks integration of CAD and features like DWG or DXF (AutoDesk file formats). OmniGraffle Pro is available at Mac App Store for $99 and the iPad version costs $49.99. 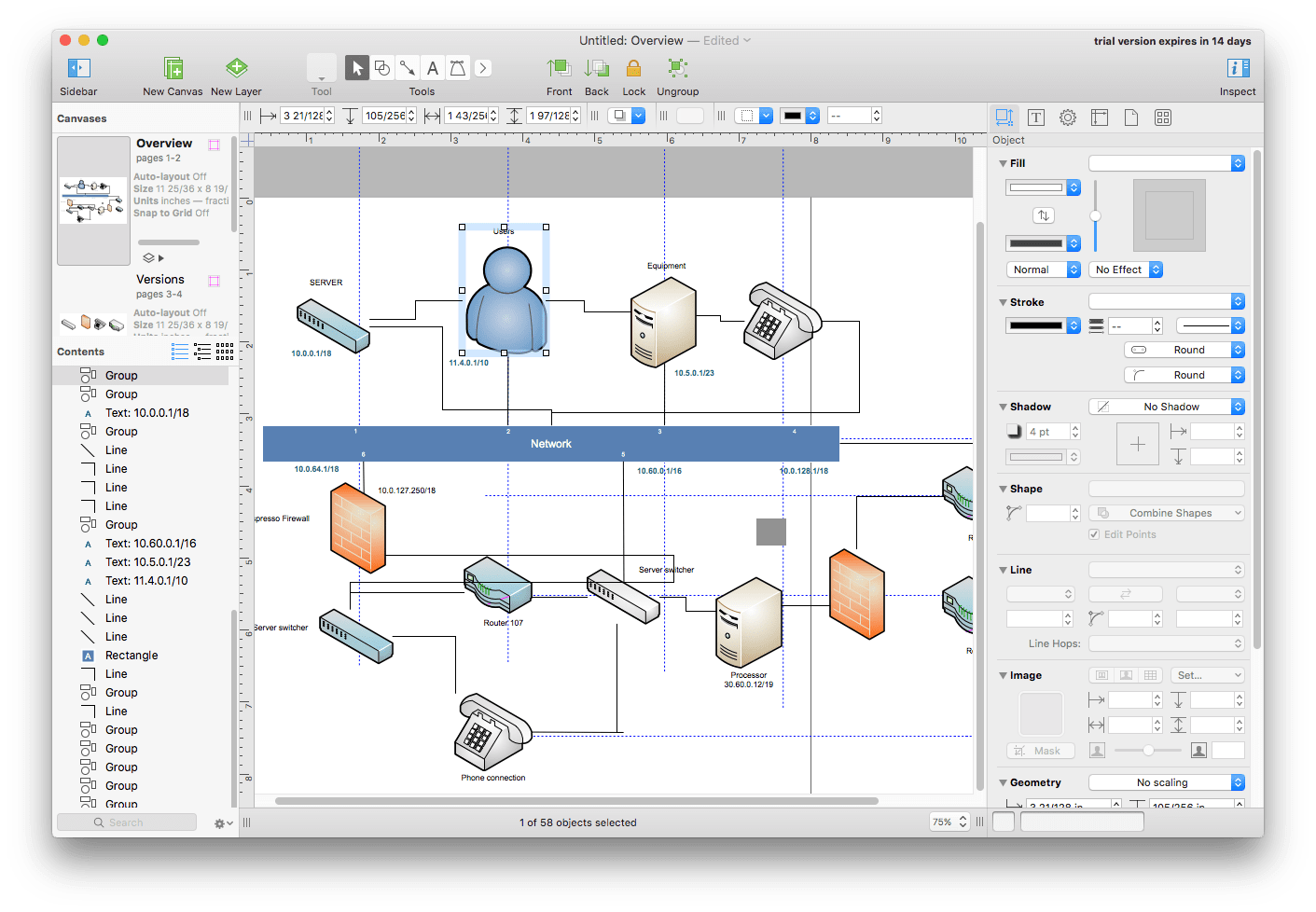 ConceptDraw Pro is a professional diagramming application which is used for creating business graphics diagrams, flowcharts and infographics. It was first introduced in 1999 and developed by CS Odessa for Microsoft Windows and Mac OS X platform. It is mostly used by professional designers working in a CAD environment. It includes lots of different keyboard shortcuts for ease of access. Like OmniGraffle Pro, it also allows the users to import and export Visio files. It offers tons of templates in different categories including landscaping, engineering, management and sciences.

ConceptDraw Pro is a great alternative to Visio for Mac users as it offers more features and can easily handle the most demanding professional needs. It also offers a ConceptDraw Solution Park, which greatly extends the capabilities of the application. ConceptDraw Pro is available at Mac App Store for $199 and a single license is valid for both Mac OS X and Microsoft Windows. Although it is harder to learn, but users are satisfied with it as an alternative to Visio for Mac.

Lucidchart is a web-based diagramming application with a drag and drop web interface which allows users to draw any kind of diagram. It was introduced in 2008 by Lucid Software Inc and it allows the users to create flowcharts, organizational charts, UML designs and many other diagram types. LucidChart supports all latest web browsers, including Google Chrome, Firefox and Safari.

LucidChart is a cloud based application and it is fully integrated with Google Drive and Microsoft Office 2013. It supports both import and export of Visio files. One of the main features of LucidChart is that it allows multiple users to work on the same file as a team. LucidChart is a diagramming application for a variety of professionals, including designers, executives and engineers. Being a web-based application, LucidChart is very light, free of bloatware and one of the best alternatives to Visio for Mac users. LucidChart offers a free limited version for single users, but to use all the features users must purchase monthly subscriptions.

Coments are closed
Finance Software For MacVisio For Mac