A topic that has interested many users of late is cross functionality of operating systems in purpose-built hardware and one question that I have been asked on several occasions is, “Is it possible to install Mac OS on PC?”. Whilst the short answer is yes, it is, we need to look deeper at how this can actually be done and both the pro’s and the cons of doing it. The process of cross functionality in operating systems involves using things referred to as Virtual Machines and Hackintosh. 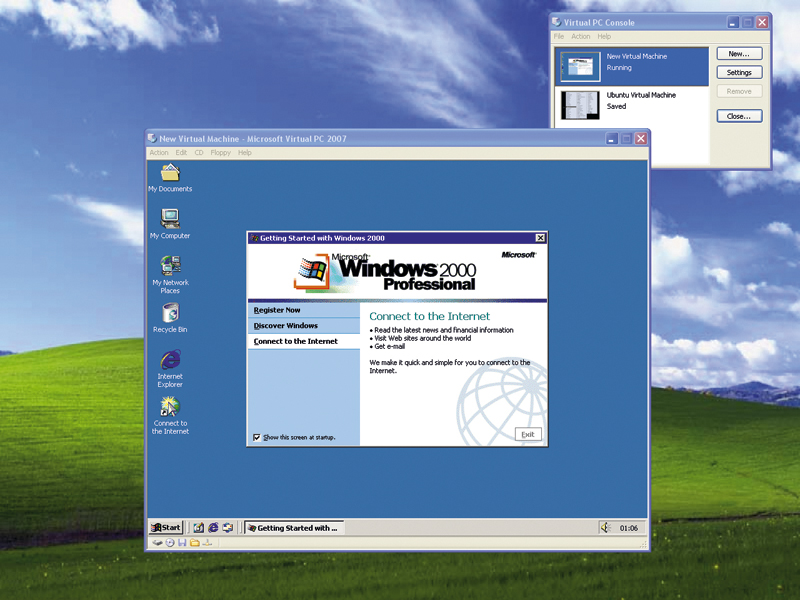 A Virtual Machine is a computer program that acts like a genuine computer would be expected to. The program can be run as a window as any other program would be. In essence, It is a computer within another computer. The end game of the Virtual Machine is to give the user the full experience of if they were using the actual operating system itself. These types of programs are usually ring-fenced. This means that the data and software in the program is unable to interact with the machine it is installed on. This generally means software can be used on machines it wasn’t originally intended to be used on and virtually prevents the risk of transmitting viruses and affecting its host hardware. Several of these virtual machines can be run at the same time on the same computer. What you will usually find is there will be an overseeing piece of software that facilitates this. Specific examples of a Virtual Machine could be either VirtualBox or VMware. So now we have a basic knowledge of what a Virtual Machine is and how it works. Let’s move on to Hackintosh.

In simple terms, Hackintosh is the name given to the action of installing Mac OS on PC. So instead of installing Windows, you would install Mac. Whilst running Mac OS on a traditional PC is not supported by creators Apple, with the proper hardware and user knowledge, it can be done. The term “Hackintosh” itself implies that the software needs to be patched in order to run efficiently and correctly. Naturally, some parts of the hardware would need to be altered in some cases as well. Now that we have a brief understanding of both Virtual Machines and Hackintosh, let us go over the pro’s and the cons of both. To summarise, although theoretically, it is possible to install Mac OS on PC, I would strongly suggest that those of us that truly love Apples OS, that you invest in a Mac Mini.

A Mac Mini is essentially a very small computer created by Apple that is capable of connecting to almost any standard computer screen. Originally introduced in 2005, the Mac Mini was targeted at consumers switching from traditional PC’s over to Mac. In my opinion it is the ideal computer for anyone who is looking to make the switch from a traditional PC over to Mac but is conscious of their budget.

It features the full Apple software that many of us have come to know and love and comes with the massive benefit of the wonderful Apple customer support we discussed earlier. Users can generally get their hands on a Mac Mini for around $500. The standard cost of a regular PC. Apple recently updated the Mac Mini for 2018. The Mac Mini hadn’t been refreshed since 2014 prior to this and now boasts the 8th generation CPU and a massive 64GB of memory. It’s new eco friendly design is a welcome addition to Apple lovers worldwide and is available to purchase from many mainstream retailers, as well as the official Apple store.